We have everything in the end… just not each other

Probably the saddest film I’ve seen this year, Us and Them tells you of a love story between two strangers who meet in a train while they were on their way home (for the Chinese New Year). Jianqing and Xiaoxiao are dreamers who believe that they would make it big in Beijing – the former, thru developing a video game; the latter by getting married to a rich, successful Beijing resident. The film shows the struggles that the two go through while pursuing success. They were first shown to be good friends, with Xiaoxiao confiding her relationship problems with Jianqing and running to him for help whenever her men dumps her. The two go home every CNY, where Jianqing’s father prepares steamed buns for both of them. Eventually, they fall in love – with Jianqing wanting to achieve more success because he thought it would make Xiaoxiao happy. Xiaoxiao, on the other hand, realizes that having Jianqing is enough.Since they don’t really talk about these things, their relationship was doomed to fail. AND FCK IT SO MUCH, it was so well presented that the last thirty minutes of the film had me bawling my eyes out. IT WAS SO SAD AND HEARTBREAKING that I was still crying 15 minutes after watching the movie.It was like heartache after heartache after heartache. Would I watch it again? I don’t know. It’s probably one of those special movies that’s so good, I don’t want to repeat the experience.. Would I recommend it? HELL YEAH.If you need a good cry – I hope it would make you cry – this one’s the bestest best option you have.

It’s available on Netflix; and I am giving it an 8 out of 8. 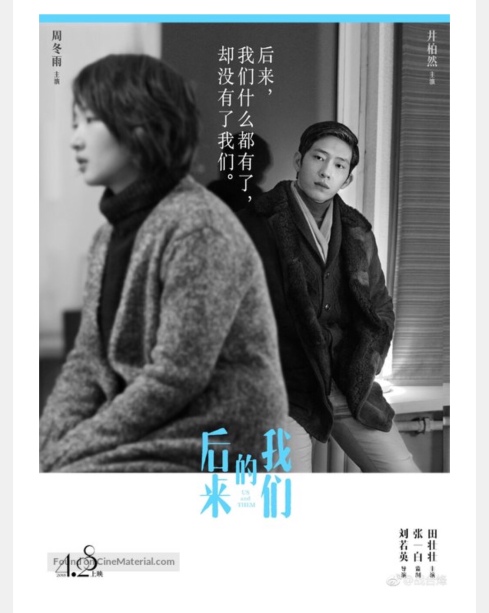 2 thoughts on “Us and Them”