Skip to content
Posted on April 14, 2017May 16, 2018 by clebasemaj Posted in movieTagged 13 reasons why, dayre-exported, netflix

It’s Good Friday in the PH. We’re commemorating the death of Jesus Christ and there are a lot of activities lined up for the entire Catholic community. It’s for the entire Holy Week, actually.

But for me, I’m no. 1: eating and no. 2: binge watching things (Survivor – haven’t seen the latest episode so please don’t spoil; 13 Reasons Why, The Voice)… the more episodes to finish, the better.

Have You Met Hannah Baker?

Well.. this is Hannah Baker, the star of Netflix’s new hit series – 13 Reasons Why. It was produced by Selena Gomez, based on the bestselling book of the same title (written by Jay Asher). Now you know that tv/movie adaptations sometimes deviate from the book it was based upon, and this one – according to the reviews – is not an exception. But it did not really lose the original plot.

And it was a great one. I think it’s something that you’d love to hate (or love).

It’s not like #StrangerThings wherein you’d love every character. I actually hated Hannah Baker. I thought she was a selfish, attention wanting high school girl; who took her own life and ruined others after her death.

Towards the end, you will find out why she killed herself. I don’t know, I’m an attention seeker and a drama queen myself; but I don’t think I could’ve gone that far.

The good thing about it is that, since it’s set in a high school, there are a lot of cute
Guys parading around. I uploaded the photos of the cute ones lol. 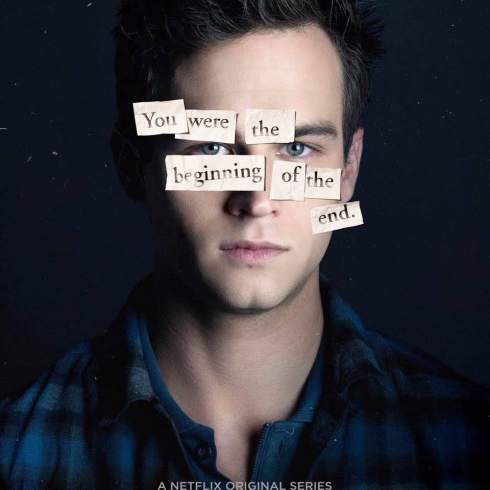 But that doesn’t mean the story is shitty. It’s great. I managed to finish it in one sitting.

So yeah, if you just wanna couch potato the whole day, I recommend you watch this one. #13ReasonsWhy #Netflix