Skip to content
Posted on November 20, 2016May 17, 2018 by clebasemaj Posted in food, rampaTagged dayre-exported

I missed going to Legazpi Sunday Market, so last night I invited a friend who lives nearby to be like a Tita and grab some breakfast there. Luckily, another friend has a scheduled Pilates class in Makati so he was able to join us.

The place was packed, as it always is, and there were a lot of new food kiosks. I decided to try new stuff – not the usual bagnet or Japanese rice meals; also because Bagnet is now dangerous to my health lol.

Lobster and Scallop Balls – I have a feeling that this was also sinful, but the lobster was so inviting I just got to have this. 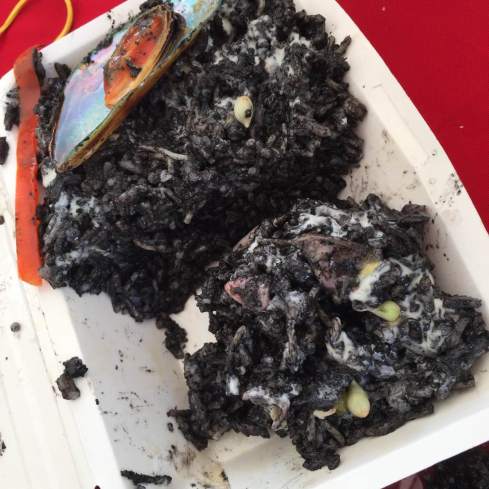 Paella Negra – sorry for the ugly photo, we were already devouring it when I remembered to take a picture. It was really, really good. But the goodness came with an “appropriate” price tag. 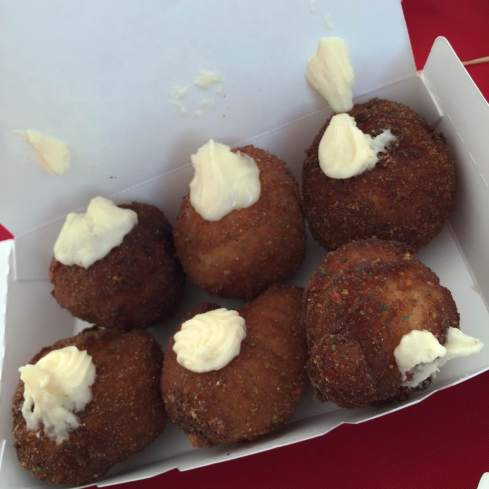 Deep Fried Watermelon Balls – this sounded so weird that we just had to try it. And it was good. The watermelon was inside the bread crumbs+flour combination, and it was so sweet and tasty.

Overall, it was a good experience and I had a very satisfying experience. Lol.

I just want to share my #movember look – and I look lik a straight guy haha.

After breakfast, I went home for a quick shower and then headed to Loveyourself Anglo. We had a meeting for the Incognito 2.0 event next Sunday, a community based screening for HIV. It’ll make use of HIV test kits and the counselors would do the pricking. I’m still not comfortable with that, so I just signed up for the registration committee.

So, a fire ravaged part of Glorietta’s Gold’s Gym. News reports and friends’ stories tell of people panicking and running to the nearest exits of the mall.

I was there. I was inside the moviehouse which is roughly a few hundred meters away from where the fire was. But the thing is, the people inside the cinema did not know. We weren’t made aware of the situation that was happening inside. It was only when someone called me that I found out about it. I checked Twitter and

the posts were from an hour ago so I thought that maybe it was just a small thing. But no, it reached the first alarm (dunno what it means but I have a feeling it was veering to something serious). When the movie finished (yes, I finished it); all exits were blocked and I can smell the burnt rubber and immediately, my heart went to panic mode. After a few minutes, the guards let everyone out – single file.

those who were in the cinema and employees of the establishments in the fourth floor of the mall. I saw maintenance People also guiding us as we exited the area – they were smiling but you can sense that there’s an air of uncertainty.

Clearly, something about the mall’s protocols in emergencies like this one did not work. Nobody inside the moviehouse knew. What if the fire reached the foodcourt, which was directly below the cinema? I suspect there’s at least one gas tank there and it could’ve

led to something more disastrous? One friend asked me if there wasn’t any PA System that the mall could’ve utilized? According to him, mallgoers had the right to know and the mall admin has the responsibility to inform.

Or could it be that they did not want another batch of panicked customers racing towards the mall exits?
But what’s the purpose of the announcements at the beginning of every movie?

We have emergency exits around the cinema

I feel better now. I think my mission isn’t complete yet that’s why the fire did not reach scary status. Oh well. That’s a bummer. I don’t wanna watch a movie there again.