Skip to content
Posted on April 9, 2016May 17, 2018 by clebasemaj Posted in foodTagged dayre-exported

Found this funny Myers Briggs (MBTI) DC Superhero Character Types and I’m not surprised that my personality matches that of Harley Quinn’s haha.

I know some of you guys are interested in the MBTI personality types so if you wanna check who matches yours, just google it and let me know if it’s the result you are expecting.

Anyway, last week, one of our bosses treated us to a breakfast in Tagaytay. Well, it was before our department’s outing in Nasugbu, Batangas and we were carpooled in the boss’s car. So, she asked us where we liked to grab some food.. And of course, we chose the most expensive one (as we knew it would be free, lol).

which is a famous tourist spot because of its proximity to the Metro, and its cold weather and stunning view. Plus you can go on a trek to the volcano’s crater and oh, I’m talking too much about Tagaytay when all I wanted to share was the breakfast lol.

Outside, it’s blue and white while the palette used inside is white and black – giving you that chill, minimalist vibe. Well, to be honest, it is really spacious.

Here’s part of the menu (if you can see it) 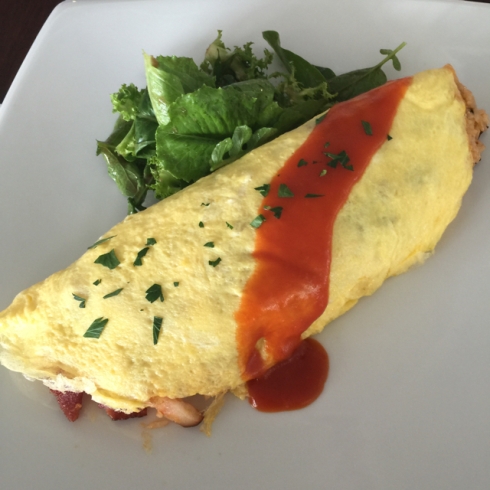 I had the Bacon and Mushroom “Fried Rice Omelette” – their take on Omu Rice. And my other officemate had the Housemade Sliced Bacon Breakfast (it’s obvious that we are fans of bacon, lol)

I don’t know if we should have tried the other stuff – the more expensive ones or the ones that we don’t normally eat for breakfast (like the bread, fritata or crepes) but you know how it’s a free breakfast but you don’t want to order anything that’s too much haha. I just promised I’ll go back here.

Based on these rice meals – I’d say the restaurant serves good food. However, I’ve tried better tasting breakfast meals in the metro haha.

It’s one of those times when you know that you also pay for the view, the ambiance and the name (there is a famous Antonio’s restaurant, also in Tagaytay). Well at least, the “trial” was free. Next time we go there, we’ll know what to buy. Haha. 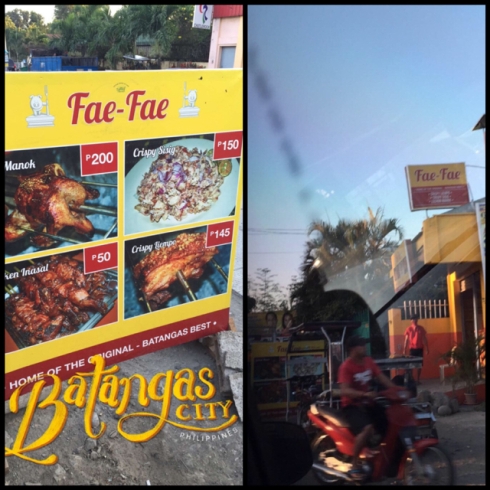 So we visited the Fae Fae branch that my friend @misisjoey and hubby @marcupal86 opened to buy the utterly delicious Sisig!!!! It was heavennnn!! I’m telling you, some things are sinful but heavenly haha!!!

It’s the 100th day of the year!!! Well, I don’t really have nothing significant to talk about, everything that’ll follow would just purely be word vomit… It’s just that 100 is a nice number, it’s a perfect score.

So… Hmm. Oh. I was talking to my Canada-based friend and he asked me what I was doing and I said “Nothing, just judging people on Facebook”. He told me that I was just bitter; well truth be told – I am.

not that it’s wrong, or that this is against my will; but I just thought how beautiful could it be to spend something on an experience with a significant other? Haha.

And then, something miraculously led me to this #ThoughtCatalog article: 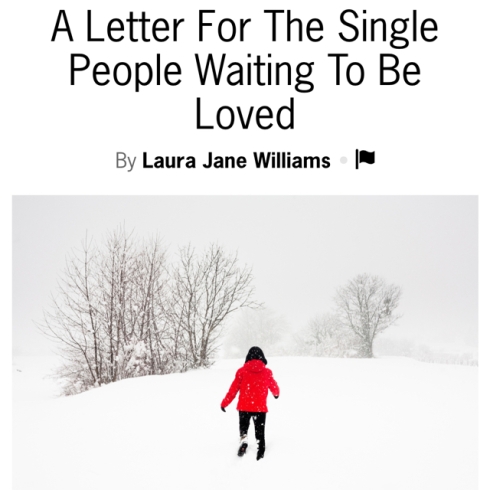 Which, in a gist, just reminds me that I should be just fine.

In a way yes. So let me end my singlehood soliloquy here as I would just go about it over and over again and I have already posted about it before haha.

Hmm. What’s next? Oh. Devious Maids. I was watching earlier, and I saw Naya Rivera (Santana of Glee) on the show!! She’s actually one of my favorite characters from Glee; but I’ve only watched until that season that they – Santana, Rachel, and others graduated from high school

Well, in case you don’t watch Glee, I looked for a video of her and found this compilation. Now, now. She’s probably the resident mean girl but she has a heart – At least based on the seasons I watched. I just find her sexy and the way she sings is amazing. It’s not the typical power belting moments, but it just draws you in. Hahah.

Plus this one! Haha!