Skip to content
Posted on March 17, 2016May 17, 2018 by clebasemaj Posted in food, rampaTagged dayre-exported

My friend’s wedding took place in Iloilo, a province located in the island group of the Visayas in the middle of the Philippines.

It was my first time there, so naturally, I had to document some of the things I found interesting.

What welcomed us was a typical night view of a city. We actually asked the cab driver if there was anything there that did not look like the Metro because it felt like you just stepped out of the office and everything else looked the same.

We only noticed the difference when we entered our hotel room. Imagine a room good for four people that would typically be priced at around P6000 -we got it for P2300!!! It was a 2-yr old hotel so it still smelled brand new hah! Good deal!

If you’re in the city, you’ll find a Starbucks everywhere. in Iloilo, there are churches in every corner!
Okay that’s an exaggeration, but yeah there are just so many churches!

If you’re a fan of #Architecture and #Buildings , then you should visit this place. Unfortunately, because we only stayed there for a weekend and we spent all Saturday for the wedding, we only had a few hours on Sunday to tour the city. 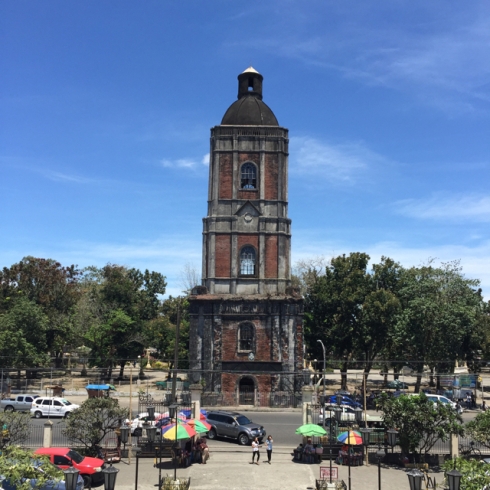 The Bell Tower, situated right across the cathedral. 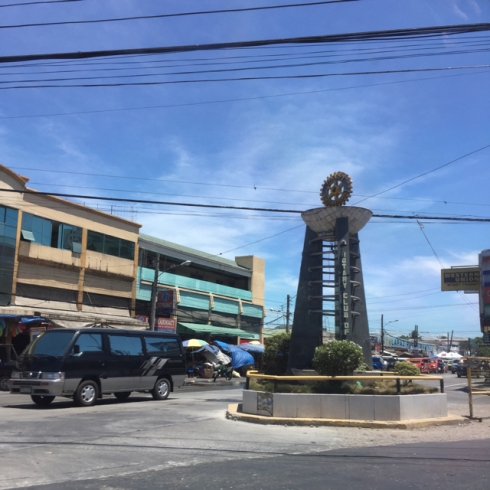 – I know, I know these photos suck. But I promised I’ll be back to explore more.

We stayed at Diversion 21, one of the many establishments with the same number (apparently owned by the same person, who allegedly loves 21 year olds). So anyway, we all expected that the hotel food would suck – you know, good room bad food, or bad room good food combination haha. We didn’t think it’ll be a win win for us. 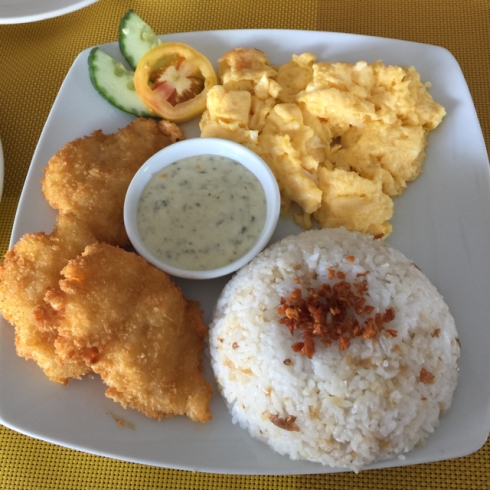 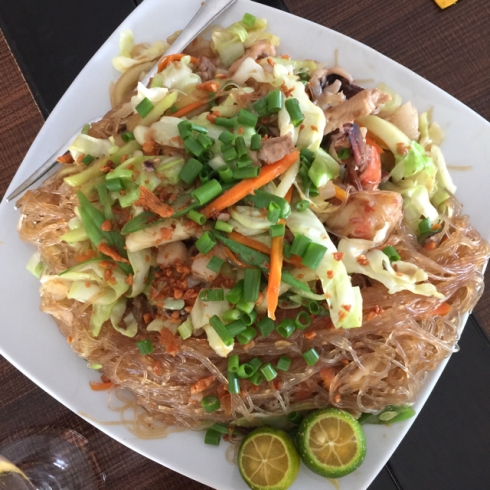 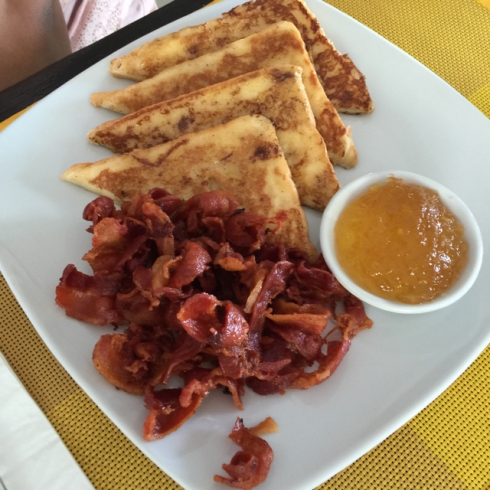 Yeah, yeah, these are eaten by 4 people. Don’t judge us, we were hungry.

But I’m telling you, these are all worth it. The breakfast plates are priced at P195, the others I’m not sure but more or less the same. 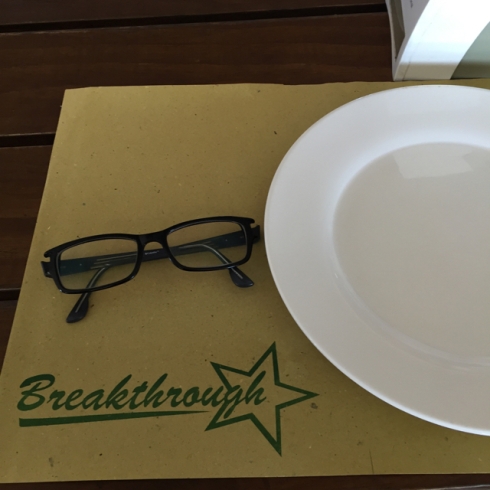 Sunday’s lunch was at Breakthrough, one of the more popular spots for group dining.

It provides you with a nice view of the sea. 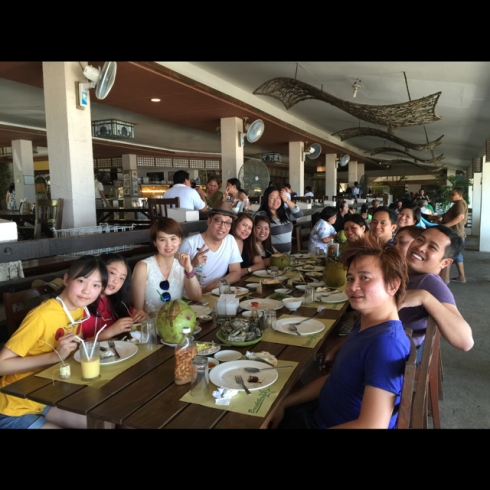 Iloilo also has its unique food choices that would cater to anyone’s hungry stomach.

I present to you our lunch:

Oysters? Again, if you’ve read my blog, you know I’m not familiar with these things. 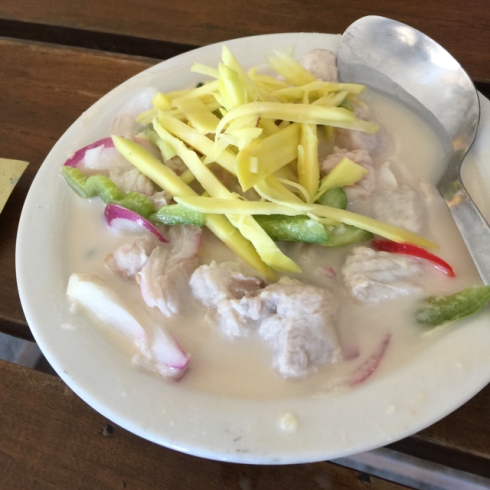 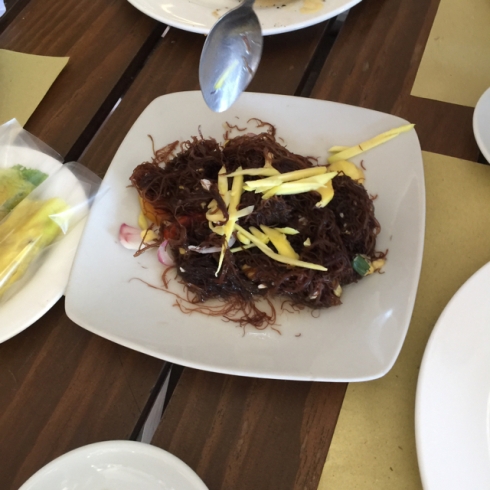 Fish. This is the body, the head was put into a broth 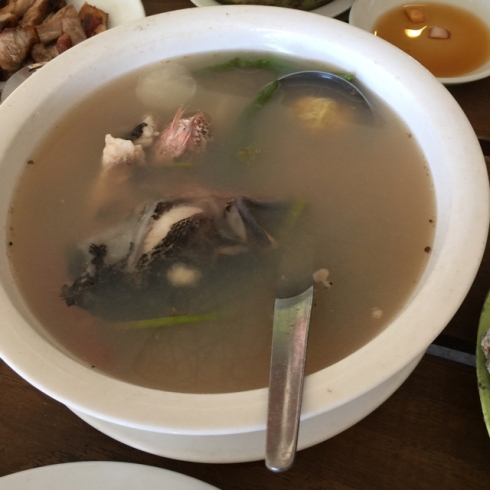 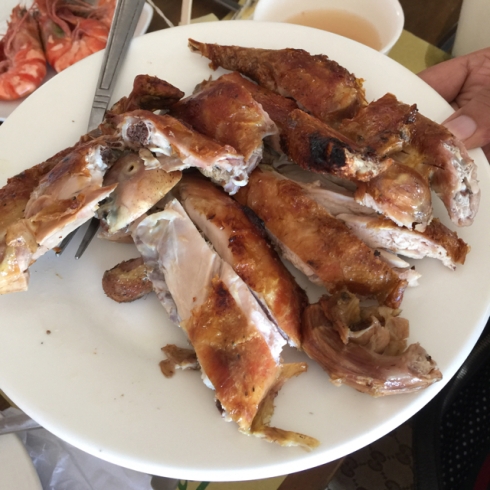 And this one. They’re called DIWAL or angel’s wings. Why? 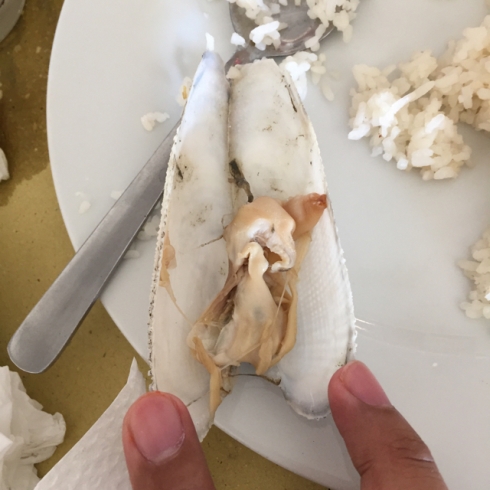 Because of this! Lol! I know, I know, the photo looks yuckyyyyy hahaha.

But overall, it was a great and sumptuous feast. We all had our tummies filled. Perfect score for breakthrough!

Iloilo also has a number of ancestral houses. This one has been featured on television shows, and was also a must see for tourists. They will give you a guided tour of the house, and afterwards they will serve you the Tsokolate De Batirol (a special hot chocolate). Entrance fee is P150.

And the famous chocolate drink! The hostess told us that elite people only drink half a cup of the chocolate because it can be intoxicating. These small cup should be held by your thumb and forefinger with the pinkie finger raised for a more elite effect yahaha.

The Iloilo experience was rushed. I do want to go back and have a longer stay. I fell in love with the city… I felt like I could stay there for a long time and maybe find happiness there too.

After all, it is the City Of Love hahah.