Skip to content
Posted on November 6, 2015 by clebasemaj Posted in UncategorizedTagged dayre-exported

It's Friday!!!! Don't we just love Fridays? In the office, it's the only day of the week when we can wear jeans (in exchange for P50 though); after office, everyone seems to be just celebrating that another work week is over.

We're all looking forward to weekends, aren't we?

I'm going home (again), but that's fine! I bought DVDs for a nice bumming around the house kind of weekend. I'm pretty much excited to do nothing haha! This week was a bit busy because of some end of the month stuff.

I'm practicing this new thing I call: sleeping at 10pm, waking up at 6am and being in the office at 7am. I know. It's too early! But guess what, I realized that:

🚙🚌🚕🚗 there's no stress over getting a decent transportation, no traffic, no rush hour, no hassle

🍏🍎🍐 plenty of time to eat breakfast (which, btw, is often the Create your own salad discovery)

Public transportation is that bad here in Manila that if I wake up at 7am, leave the house at 8, I'd look like I came from a battle by the time I get to the office. Come to think of it, it's really a warzone out there. You've got to fight for a space in packed jeepneys; or be fast or attractive enough to hail a taxi; even Grabcar drivers are choosy (coz I'm just a couple of kilometers away from the office).

I guess they're choosing passengers who have farther destinations because they can charge more.

Oh well, at least I found my own way to sort of "beat the system". 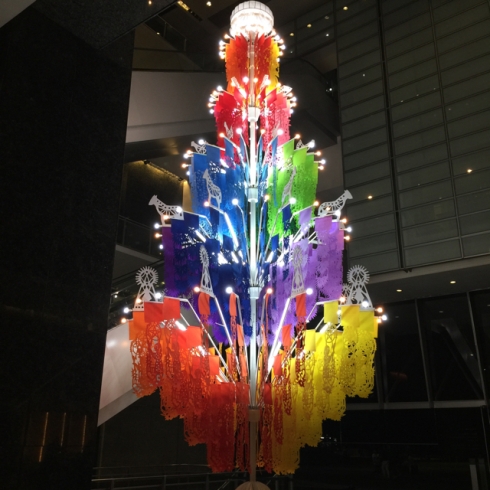 So they've already put up the Christmas tree in the office lobby. For the past couple of years, they've set up a giant tree – complete with leaves, lights, and lots of decors. This year, they went on a different route.

Here's a photo of the tree – I think it's made out of paper or paper like materials (the one they use on grocery bags?). At first, I thought it was too simple. Maybe they're also cutting costs?

But when I saw it lighted up last night, then I knew I was wrong.

It was sooooo colorful and I like that (in a way) it resembles the LGBT flag haha! Of course, that's only my interpretation. 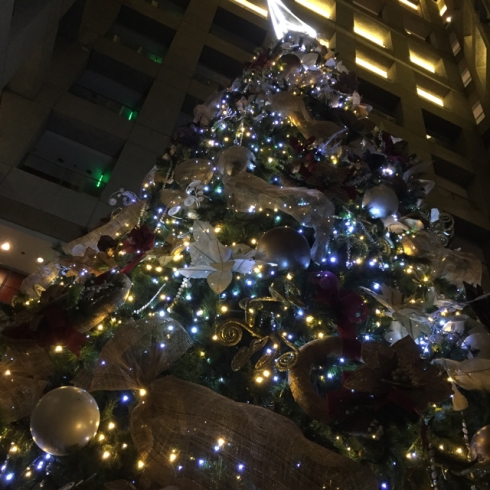 I went to the 25th floor of our building and found the other tree! This – or something similar to this – was used in the main lobby last year! 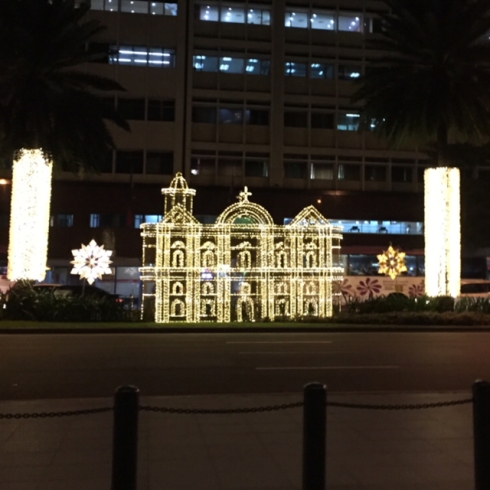 And the street across the office is decorated with this!

I'm still waiting for the Ayala musical lights to open, I'm gonna share it with you! Sometime by the end of November.