Skip to content
Posted on June 9, 2015May 22, 2018 by clebasemaj Posted in rampaTagged dayre-exported

Of all the stupid things I could do in this trip, this would probably be the worst – I SLEPT WITH MY PHONE UNPLUGGED FROM THE CHARGER and Connected to the internet. From last night’s preparation for this day’s tour of El Nido, I woke up to a phone that was left 33% charged. It didn’t help that I woke up at almost 7am and on the verge of losing the electricity (which usually is from 2pm to 6am only).

It’s 8am and we still have power, yay!! Things are finally going my way. After waking up to the beautiful limestone rock formations (I thought they were mountains), I bought a new pair of RED slippers (300) and the underwater pouch bag for mobile phones (140) I don’t know what it is called haha.

My phone already has 77% battery and I found out that since I booked accommodation for two people, I can have two complimentary breakfast meals!!! Imagine extra rice at no cost 😋😋😋

I packed my things for today’s island tour (till 4pm according to the blogs); and I’m just waiting for the call. I’m smiling at everyone now, look at what a good night’s sleep does to you. It makes you happy hahaa.

Tough luck. I was told that there’s no one taking the Tour B (caves and beaches), so I was transferred to Tour C (Snorkeling), and YOU KNOW HOW I FEEL ABOUT BEING SUBMERGED UNDERWATER AND MY FEET NOT TOUCHING ANYTHING! I have an #insane and irrational fear about that. But that’s just me. Based on the blogs, Tour C and Tour A are the best. Unfortunately, for a non-swimmer like me, These are a bit scary lol

And to make matters worse, it rained. It’s like Puerto Galera all over again!!!

Why was it called hidden? Because it’s hidden behind a huge piece of rock (duh) As you can see, I only have a photo of the sea, to the right (not in photo) is the entrance. The water is more than 5feet deep. Of course I could not go. I stayed inside the boat.

Imagine waking up feeling that you are ready to face a new day, and then these things happened. Someone literally rained on my parade 😦

finally! I have a photo!! See those little orange life vests to the right? Those are people going to the entrance of the hidden beach

This is sort of a port/island shrine. I was able to go explore. Yey! 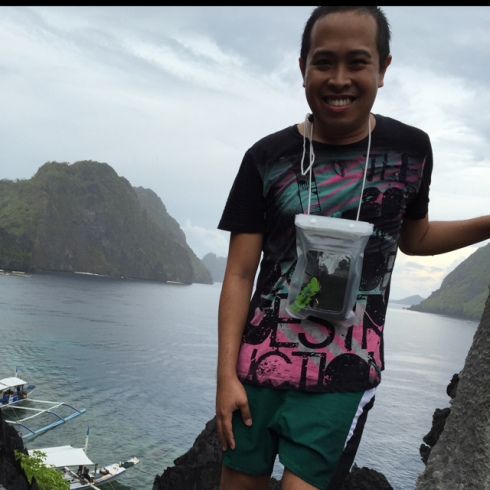 There’s a little trek to the top of Matinloc Shrine where you can see a beautiful view of the islands behind it. Due to the rain and my huge midsection, the view is not that appealing in this photo. But it’s really nice!

Not sure about the name, huh. This is where we had our lunch. I also practiced floating with a lifevest, but failed miserably. 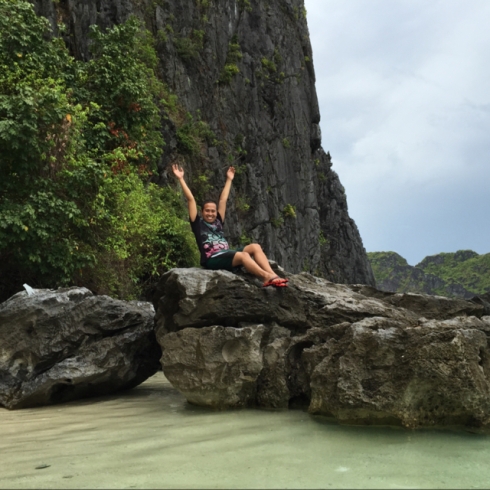 We also had lunch here. 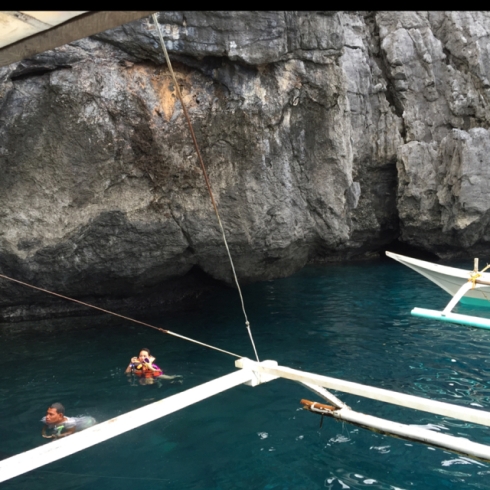 In order to get to the Secret Island, you have to swim thru a hole with water 20 to 30 ft. Deep. Obviously, I was not able to see this one as well haha.

The secret beach served as the inspiration for Alex Garland in creating #TheBeach , that #LeoDiCaprio movie 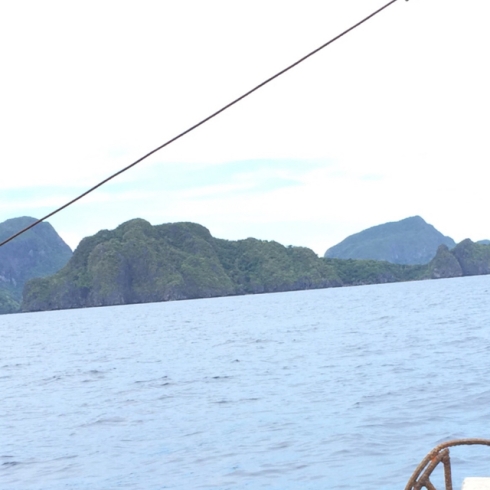 The island resembles a helicopter, that’s where it got it’s name. Although we think this looks more like a chicken drumstick.

You can take pictures, snorkel, swim or go sunbathing. Of course, I took photos.

The guide also warned us of lurking sea creatures that can harm us haha. This one’s a #jellyfish near the shore. Some corals are also dangerous 😱

I saw this #cat wandering the island and I followed it to get a photo. I’m fascinated with #CatsEyes !!!

Of course, the signature #JumpShot 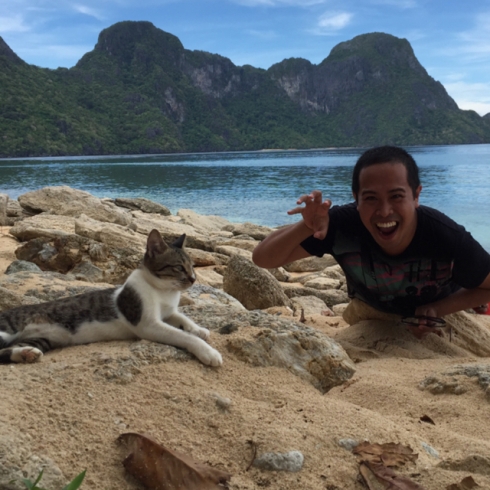 On our way back, I took a photo of these #Rockformations that appeared to be carefully stacked (but they’re not). God really is a great #architect, right? 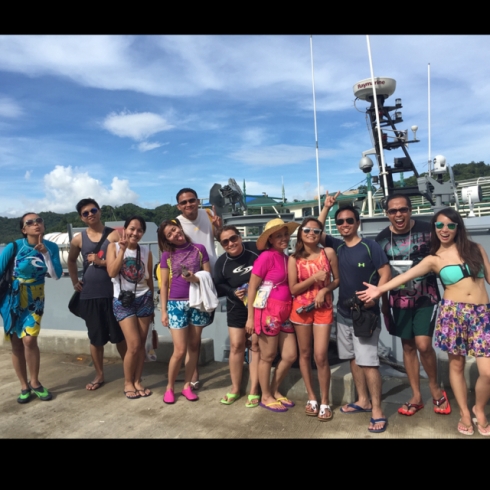 This is our group for the island tour. I’m glad I met new friends. I’m just sad I had to lie about the name thing haha. Leftmost is Ate Cristy who’s a travel agent based in #Cebu. Next to her are long distance partners (I forgot their name), I had the same flight and airport transfers as them. I think the girl also has a #travelblog . Next to them is the couple from Cebu, I don’t know the guy’s name but the girl is named Jessa.

Next to them is Ms Travel Agent (I don’t know her name) and her friend (i assume). I actually didn’t like them coz at the start of the tour, they were already requesting for towels. I was like, duh, you’re going to get wet the whole day. What do you need a towel for?

Next is the sweet couple from Mandaluyong. And then me, and then Gemma – the med student. She was really nice, she told me that the waterproof case isn’t really waterproof so I mustn’t take the risk.

To thank her for that piece of advice, I decided to take photos of her. And boy, was she glad I did 😁

After the Island hopping, I went to the El Nido Corner Restaurant 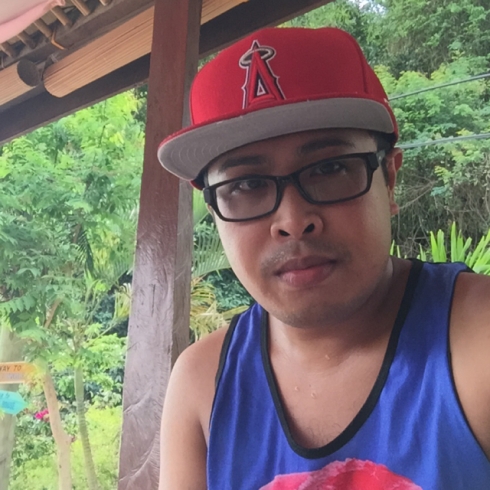 Twas soooo hot (look at my sweaty neck and chin) 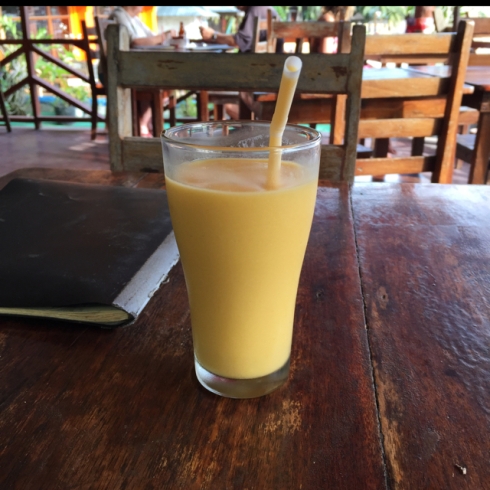 So I bought a #mangoshake (150). I then realized that these shakes tasted normal and are a bit overpriced. #Jonahs boracay was still better. 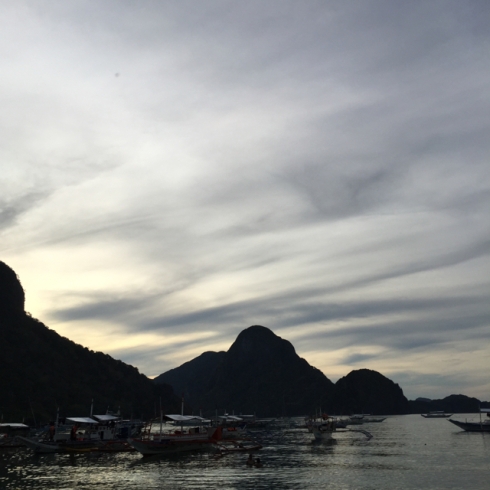 To maximize my stay in El Nido and to imbibe the chill atmosphere that the island offers, I sat in front of the resort and waited for the #Sunset 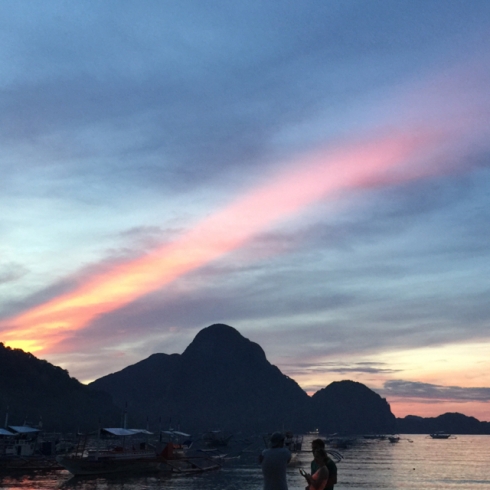 And God did not disappoint!! Look at this stunning #sunset !!!

According to the blogs, the best nido soup is in Puerto Princesa. That’s why I just looked for a place near the resort and I found Marber. I had fried shrimp with Garlic and Curry rice (370), extra curry rice (40) and calamnsi juice (50). Hipon overloaddddd 😁😁😁😁

I went back to the Crepe place because I promised I will try their Banana Nutella crepe (180). Twas heaven. #Delicious #Food #Dessert